Matt Dixon | The Flint Journal..Takisha Burns becomes emotional Friday evening during a candle light vigil for her 23-year-old nephew Clifton Burns at his home in Flint where he was killed the night before. "He was a good kid," said Burns, 37, who helped raise the 23-year-old since his mother died in 1999. "He didn't bother anybody. He was quiet and laid back. He wasn't one of these kids out here doing all this crazy stuff." He is survived by his six-month-old son and his girlfriend. Clifton "Woody" Burns was in his Dodge Stratus when two men in a Black Pontiac Grand Prix pulled up behind the vehicle blocking him in, got out and started shooting. 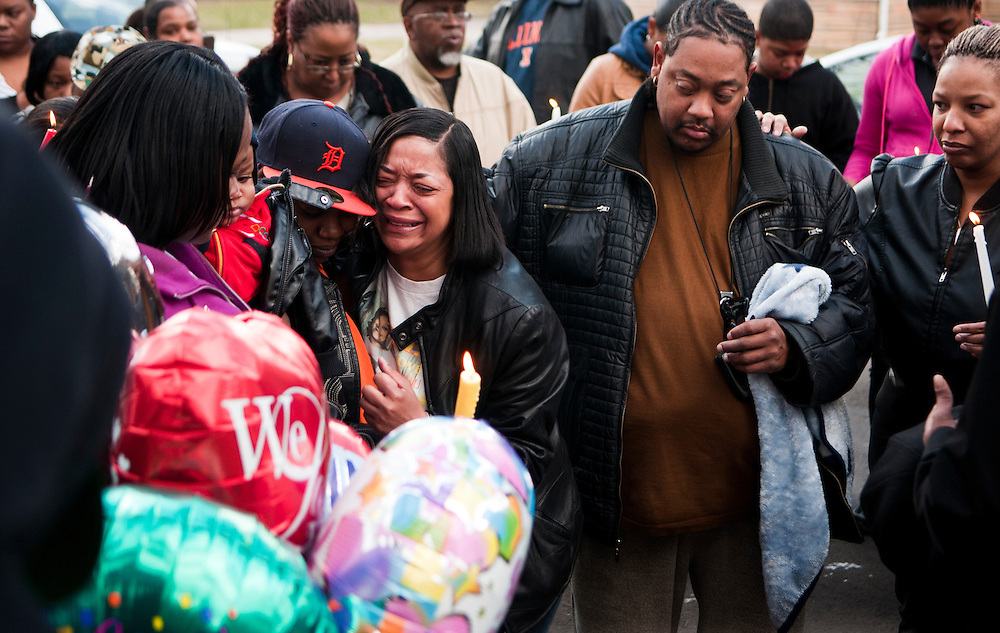