(have verbal consent from both police and inmate for this photo)..Matt Dixon | The Flint Journal..An inmate from the Genesee County Jail waits inside a cell at the City Jail in the Flint police station to see a judge, Thursday, March 31. Currently the City Jail is only used as a temporary holding facility for those waiting to see a judge at the police station due to closing of courtrooms in the McCree building after it flooded in September. Flint voters will go to the polls May 3 to consider a 2-mill tax that would reopen the city jail as. The jail has been closed since 2008. 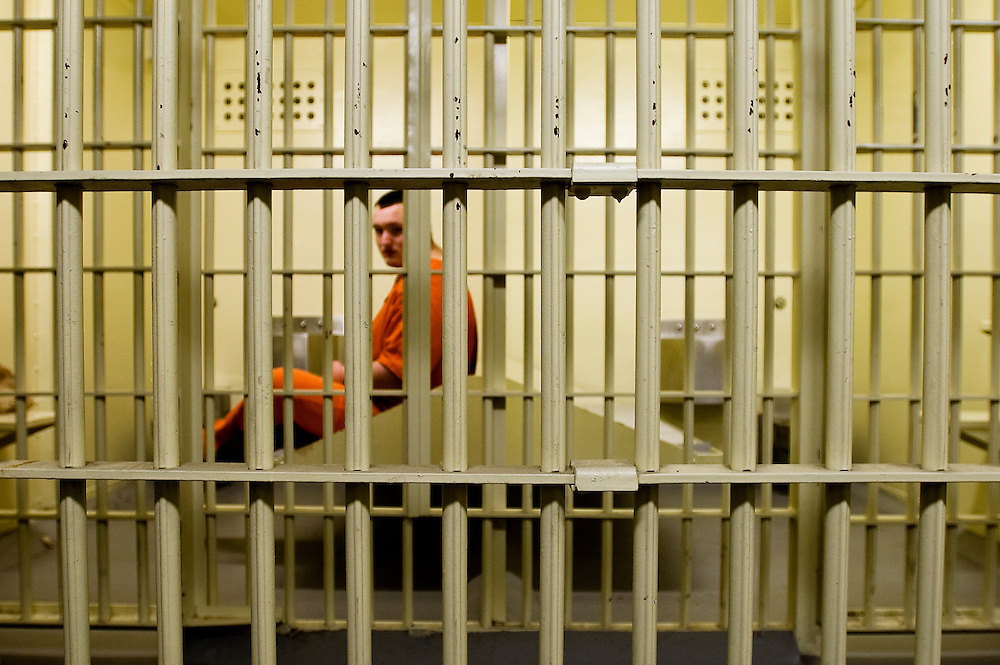